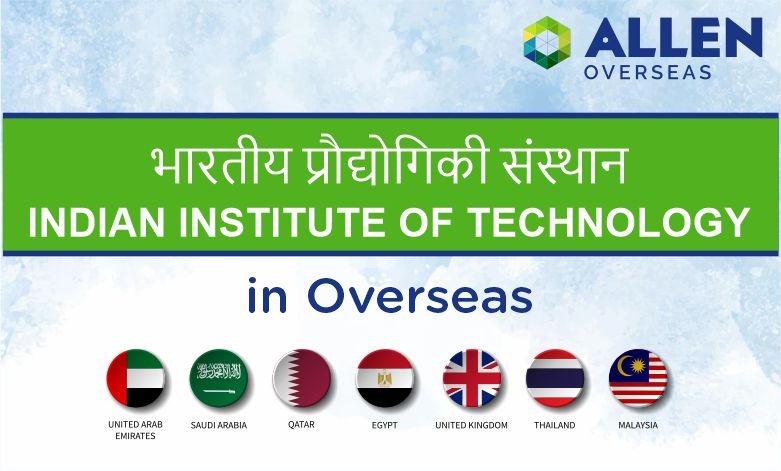 India’s most prestigious institute, IIT, is set to open campuses globally. The Central Government has created a 17-member committee to facilitate the process of opening IIT campuses in foreign locations where students from different nations can study technical education.

The committee which is led by IIT Council standing Committee Chairperson Dr K Radhakrishnan has recommended a 5-step plan for setting up overseas IIT campuses which include:

As per media sources, the Committee has identified 7 countries including the United Kingdom, UAE, Egypt, Saudi Arabia, Qatar, Malaysia and Thailand as prospective nations to develop IIT campuses.

The overseas IIT institutes will be named as Indian International Institute of Technology. The Committee has claimed to choose these countries based on the following criteria:

The Committee has issued a report based on the feedback from 26 Indian mission heads after having two virtual sessions with the embassy officials on February 2 and March 28, arranged by the Economic Diplomacy section of the Ministry of External Affairs.

Furthermore, the report also mentioned that the Indian High Commission in the UK has obtained 6 concrete proposals from the University of Birmingham, King’s College London, University of Exeter, University of Oxford, University of Cambridge and University College London for the establishment of overseas IIT campuses. It also states that IIT Delhi has already started preliminary discussions with the Department of Education and Knowledge, Abu Dhabi, UAE and IIT Madras has also been in discussion with Sri Lanka, Nepal, and Tanzania for setting up global campuses of IITs.

Moreover, it also mentioned that Egypt is eager to start an arrangement, digitally if not physically, between 2022 and 2023. The committee, however, has advised against making rash decisions and suggested that only residential campuses be opened after careful consideration.

The offshore campuses will be named as Indian International Institute of Technology. The proposed name is sufficiently similar to IIT with the addition of ‘International’ to highlight that the institute is located outside India. Due to the name difference (with enough similarities), the newly established institutes will be able to develop their own identity and ethos while drawing strengths from the current IITs.

The Committee has also recommended that the Indian International Institute of Technology should be built as a residential institution, with the host government making the required preparations for the campus’ establishment domestically.

In terms of enrollment, the Panel has advised that the international campus of IITs should serve the local population of the nation with a significant contribution from Indian students. It suggests that the maximum percentage of Indian students should be 20 percent at the Indian International Institute of Technology.