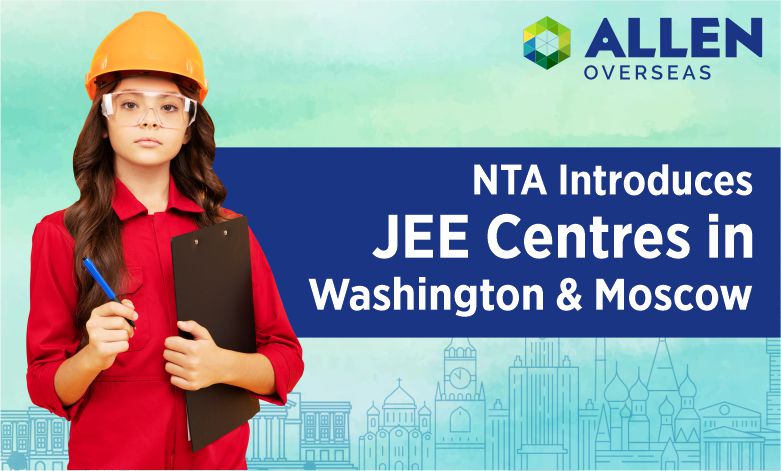 It is the first time NTA has established JEE (Main) centres in the US, Canada, Russia, Indonesia, and Mauritius, bringing the total number of overseas centres to 19. Exactly 1,226 candidates registered from these areas to take the Joint Entrance Examination (JEE) Main Exam.

According to NTA general Vinod Joshi, NTA has been actively expanding the reach of many competitive examinations overseas. In addition, he mentioned that JEE (Main) centres were set up in many remote areas of India in cooperation with local authorities such as the police and district magistrates.

Mr Joshi also mentioned, “This time, there are centres in Washington DC, Moscow, Ottawa, Jakarta and Port Louis. We never went beyond the Middle East and Southeast Asia before. Although very few candidates registered to take the exam in those centres, we decided to make the arrangements. This can be seen as a scaled-up outreach attempt”.

According to JEE Main registration data, Dubai had the most candidates (405), followed by Sharjah (155) and Muscat (133). Both Jakarta and Ottawa had two candidates each, Port Louis and Washington DC each had one, and Moscow had three.

“Keeping in view the interests of students from the Indian diaspora, it has been decided by the Ministry of Education, Government of India, to include Washington DC as an Exam City for holding JEE (Main) 2022 Examination,” it read in the notice from the Indian embassy in the US.

In 2021, NTA opened a centre in Nigeria as a result of COVID-19 restrictions and requests from students.

A total of 88.21% of candidates attended Session 1 of the JEE (Main) 2022 exam in June, while 6,29,778 participated in Session 2 of the examination, which concluded on 30th July. The highest attendance rate was 91% in Rajasthan, while the lowest was 62% in Arunachal Pradesh.

As a result of the Kanwar Yatra and floods in many parts of the country, Session 2 had some difficulties.

“There were requests to change some centres, citing Kanwar Yatra, but we declined. Instead, we contacted the district magistrates and requested that the exam admit card be recognised as a valid journey pass. Exams have been held smoothly in flood-affected districts as well, with average attendance remaining around 86-87 per cent,” Mr Joshi added.

Besides Washington DC, Moscow, and Ottawa overseas, JEE (Main) examination centres were established in a few locations in India for the first time, including Nalbari and Darang in Assam, Araria, Banka, Begusarai, Buxar, Motihari, and Purnia in Bihar, Dahod in Gujarat, Haveri, and Chikkaballapur in Karnataka.

A big Congratulations to all the NRI students from ALLEN Overseas Team.