IITs and Top Indian Institutes to Open Campuses Outside India

IITs and Top Indian Institutes to Open Campuses Outside India 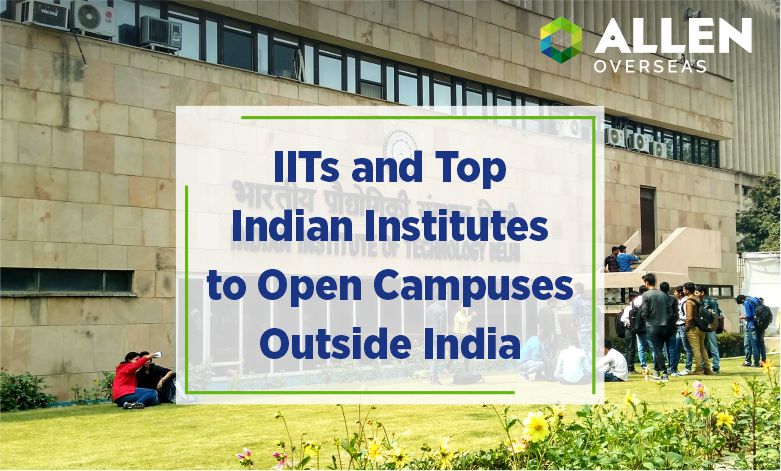 Following the recommendations of the Education Ministry panel, at least two Indian Institutes of Technology (IITs) are planning to open campuses overseas – one in the United Arab Emirates (UAE) and the other in Tanzania.

A 16-member panel led by the Indian Institute of Technology (IIT) council standing Committee Chairman K Radhakrishnan, has been requested to present the framework to the Education Ministry for Indian institutions to establish campuses in other nations.

In December 2021, the Education Ministry formed a committee comprised of seven IIT Directors, as well as the director of the Indian Institute of Science, Bengaluru, and vice-chancellors of the University of Delhi, Jawaharlal Nehru University, Banaras Hindu University, and the University of Hyderabad, among others, to develop a “draft structure for opening campus abroad by higher education institutions.”

Earlier this month, the government sent a “concept note” on overseas campuses to all the respective IIT directors as a guide for future action.

According to reports, the panel recommended IIT-style fully residential campuses with a 1:10 faculty-to-student ratio and a semester schedule with an India component.

Furthermore, numerous admission methods, ranging from the Joint Entrance Exam (JEE) and Scholastic Assessment Test (SAT) to an offshore version of JEE, have been advocated to cater to the international and local student populations, in addition to the Indian diaspora.

Aside from IITs, several institutions are considering establishing a foreign campus, with proposals in varying stages of development.

Over 20 renowned Indian institutes have been tentatively identified to open offshore campuses.

Allowing Higher Education Institutions (HEIs) to establish a campus abroad will put India on the map as a source of high-quality education.

According to BJ Rao, vice-chancellor of the University of Hyderabad, “So far, HEIs have worked within geographical borders, but they have the ability to offer more. The overseas campus would serve a greater function by allowing the institutes to expand their knowledge, teaching style, and depth of content beyond their boundaries.”

“This decision would popularize Indian HEIs in foreign nations,” says Yogesh Singh, vice-chancellor of Delhi University. “It is also likely that Indian HEIs will establish links with reputable global institutes if they establish offshore campuses abroad. This will spark interaction between teachers and students”.

Furthermore, the Education Ministry has stated that, despite being an independent body, the offshore campus should prioritize its “Indian brand.”

This opens up a plethora of opportunities for Indian students residing abroad. Soon they’ll be able to study in India’s prestigious institutes without moving away from their home country.